All images are © by Patti Larson Photography & Design and may not be used without permission.
◀ Home◀ Blog◀ Tamarack Wildlife Rehabilitation and Education Center
Powered by PhotoDeck 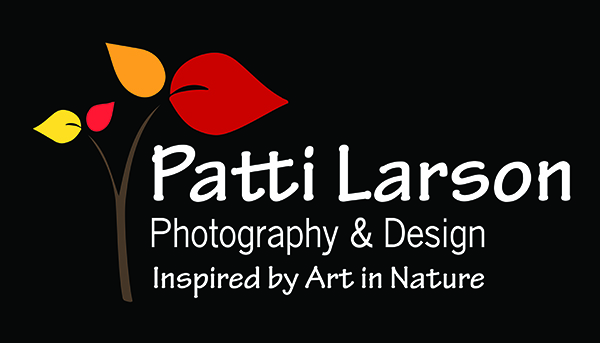 Two years ago, I became enamored with the Snowy Owls during their unprecedented irruption to the Erie area, most notably at Presque Isle State Park, where they were in search of food.  They normally reside in the Arctic where they search for their prey in 24 hour daylight and feed on rodents, hares and other birds. Photographers, wildlife biologists and birders visited the area in droves.  Facebook was filled with photographs of Snowy Owls.  Snowy Owls are beautiful regal creatures and are the largest of the North American owls.  And then there was news that a Snowy owl in the local area had been hit by a car and severely injured.  The owl was taken to Tamarack Wildlife Rehabilitation and Education Center and attempts were made to save the owl, but unfortunately its injuries were too severe.

It was then that I wanted to find a way to help to support the efforts of the staff at Tamarack.  I designed a Christmas note card (shown below) with one of my snowy owl images and added a colorful little winter hat and some holly.  These were sold over the Christmas holidays this past winter in the local galleries with the pledge to donate 50% of the net proceeds to Tamarack.  After receiving all of the monies from the note cards, I scheduled a visit to meet with Carol Holmgren, the executive director and a licensed wildlife rehabilitation specialist at Tamarack Wildlife Rehabilitation and Education Center, located in Woodcock Township, Crawford County.

Carol and her dedicated staff tend to the needs of injured birds of prey or raptors and other wildlife. They treat injuries and provide physical therapy with the hopes of returning the recovered animal back to the wild.  These birds, which arrive as patients, are carefully evaluated to establish whether or not they can be safely released.  If they are healthy, but not releaseable due to the extent of their injuries, each is evaluated to determine if it is a good candidate for use in education. If it is, the bird can be moved from its Wildlife Rehabilitation status to a Migratory Bird for Educational Use, all based on state and federal licensing. Then the birds of prey that are retained become part of their educational program, which often goes on the road to schools, nursing homes and other places upon request.  The center also hosts visits and educates the public, not only about what the staff at Tamarack does, but also about the birds, their characteristics, habits and their specific injuries.

Most of the birds have large “private” rooms with ample space to move about and they also have multiple branches or limbs on which to perch. Each bird has a distinct personality.  Some are a bit shy and a little nervous around people while others are quite at ease and will even pose nicely for pictures.  The staff handles the birds very carefully using the appropriate equipment and accessories, including large leather gloves and jesses, removable leather strips which are attached to the bird’s legs, to help manage the birds when they are out of their cages.

I had the pleasure of meeting several of these long-term “educational ambassadors". The first bird that I met was “Jedi,” a Merlin Falcon, which had a broken wing most likely as a result of being hit by a car or flying into an electrical line.  “Lady Hawk,” a 24-year old Red-tailed Hawk, had a broken wing with severe injuries to tendons and ligaments, again most likely due to being hit by a car. “Pierre,” a Peregrine Falcon had a broken collarbone and a permanently damaged wing.  Peregrine falcons fly at speeds of 200 mph when diving for their prey, so it’s not surprising that his injuries were so severe.

“Jasper,” an Eastern Screech Owl, was found on the road with severe injuries that required the surgical removal of one eye.  He has since healed very well and is now quite healthy, but since he also suffered a hearing loss he cannot be released to the wild.  And finally, we get to my personal favorite, “Willow,” a female Eastern Screech Owl, that is gray in color.  She was injured when the tree in which she and her three owlets had been nesting was being cut down.  The three owlets survived without injuries, but Willow suffered a severe wing fracture and could not be returned to the wild.  Willow seems to really enjoy people and she turns her head to look at all the interesting things in the room and poses for the camera. Willow and Jasper are the only birds that share a room.

In addition to the indoor facility, where the permanently injured birds of prey are maintained, Tamarack has a medical treatment facility and Intensive Care Unit (ICU) and outdoor enclosures to help protect the animals from the weather and predators while recovering in the outdoors.  Tamarack also has a 100+ foot building that is used for flight conditioning for bald eagles, which must be evaluated for their flying capabilities prior to release.

The passion with which the Tamarack staff and volunteers care for and help to rehabilitate these injured animals is quite amazing and is demonstrated as they educate the public about the work of their facility and the birds of prey and other animals for which they provide treatment and rehabilitation.   I encourage anyone who is interested to visit the facility and most importantly to make a donation to help support the incredible work being done right here in the Erie area.  You can read more about this non-profit 501(c)(3) facility on their website: http://www.tamarackwildlife.org/ 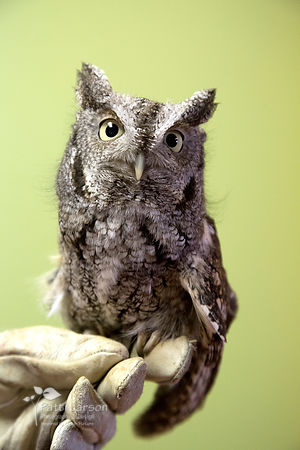 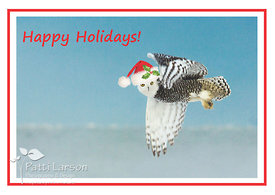 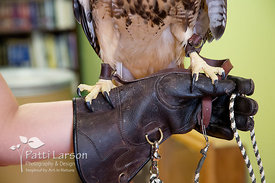 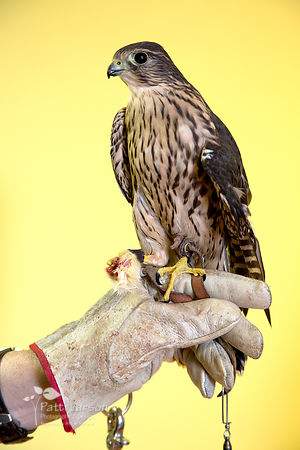 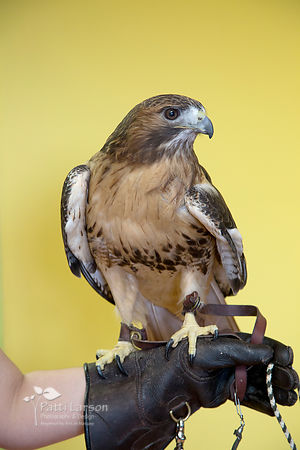 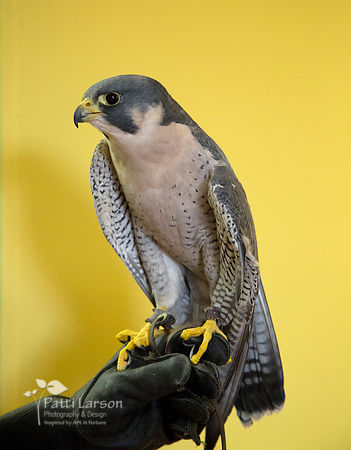 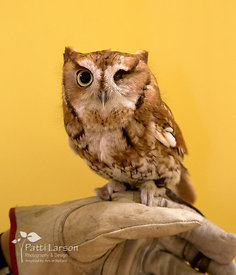